While at CES 2016, I Wondered #WhereDoesTheVideoGo?

I had the opportunity to visit the recent CES event with our alpha customer Rogers-O'Brien Construction.  Here are some of my thoughts from the awesome experience.

First off, CES is absolutely gigantic! The footprint covers five or more hotels plus the convention center and 200,000 people attend. Even the Las Vegas cab drivers were commenting that the show has gotten “too big” for Vegas. Attendees that had to wait in 30-minute lines to get a cab would probably agree.

Wait! Is that Matthew McConaughey? Nah, it’s Joe Williams of RO (@vdcjoe) getting amped to see some drones.

Second, there was quite a presence of industrial devices despite the “consumer” focus of the show. We checked out new wearables for video and photo capture, like these forward-facing augmented reality glasses and camera from Sony. They even put a hard hat on the mannequin. 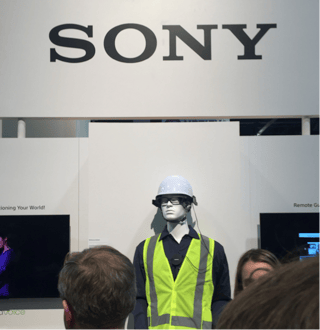 If the mannequin has a hard hat, it must be industrial!

Everywhere we looked it seemed there were industrial video and photo capture hardware that related to augmented reality. The team from DAQRI (Smart Helmet) had a nice position in the Intel booth.

In this video you can see the DAQRI helmet wearer looking at some piping on a wall and there is an augmented reality version showing on the screen next to him.

We all agreed that the device had really come a long way in the last six months. It also has a front-facing camera and could be a great source of content for the industrial media platform we’re building here at Newmetrix. Stay tuned on that front.

The third observation was the surprising number of knockoffs present. Wandering through the isles we ended up at a booth that featured multi-colored GoPros. Except they weren’t actually GoPros. The kind booth person told us, "they are like GoPros.” I had a similar experience walking on to the show floor and seeing a booth called Glass, which was filled with Google Glass devices. As it turns out, the Google Glass device isn’t dead, it’s just being knocked off by Alto Tech's 'Cool Glass'. 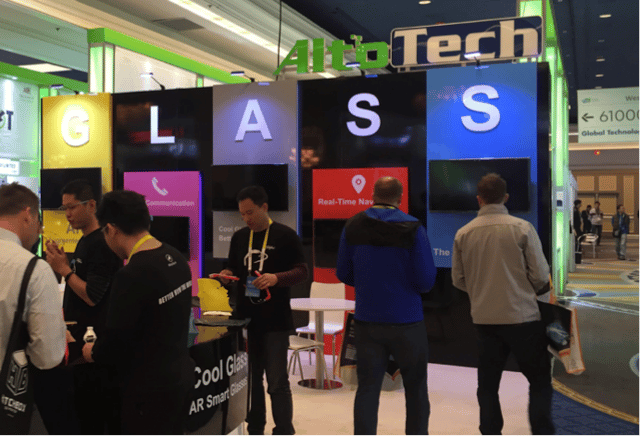 The logo for the Google Glass knockoff looks like a color blind designer copied Google.

With all of the innovation from real companies like DAQRI and even some knockoffs, I kept wondering, where and how will all of the video and photos be managed?

We’re hard at work on the solution! To learn more, sign up for our private beta.

Josh Kanner has been involved in enterprise-focused software startups since 2000 with a focus in the AEC (architecture, engineering and construction) industry since 2005.

Most recently he was co-founder of Vela Systems, a pioneer in the use of web and tablet workflows for construction and capital projects. There he led the company’s product, marketing, and business development functions. Vela Systems grew from bootstrapped beginnings to include over 50% of the ENR Top Contractors as customers and deployments all over the globe. The company was successfully acquired by Autodesk in 2012 and has been rebranded as BIM 360 Field.

Prior to founding Vela Systems, Josh was responsible for product management and strategy at Emptoris (now part of IBM), a web-based strategic sourcing software company with customers including Motorola, GlaxoSmithKline, Bank of America, and American Express.

Kanner graduated from Brown University and earned an MBA from MIT’s Sloan School of Management. He still gets excited to put on a hard hat and walk a job.

On the road: From Silicon Valley to Manhattan. Up next: San Diego & Vegas!

A Big Week: Newmetrix at REAL 2016 and AGC National Conference