Now and then: 15 years of technological transformation in construction

Reality capture has come a long way since I first started working in the constructech industry 15 years ago, when the vast majority of firms had people walking sites to snap pictures and file paper reports. Even RFIs and timecards were sometimes written on scrap paper or even scrap lumber until someone could put the information into the proper pen and paper format in a trailer or office.

In 2006, images had to be mapped manually to plans and were filed away into folders that were hardly ever opened again. With StructionSite, locations can be automatically determined, mapping images automatically to plans showing exactly how the project is proceeding against plan.  What’s more, StructionSite can catch mistakes early, before they grow into enormously expensive and time-consuming issues that can throw both the budget and schedule out of whack.

There are also big implications for safety. Fifteen years ago, the first iPhone hadn’t even been announced, much less launched, so safety observers had to walk the site with digital cameras. Once they were done taking pictures, they had to return to a trailer to connect the camera to a desktop computer, download the images and then insert the images into a report.

Today, Vinnie, Newmetrix's (formerly Smartvid.io) AI, can transform not just photos but also 360 images into safety observations automatically. Vinnie has been trained to recognize more than 95 indicators of risk from a lack of PPE to housekeeping issues and more advanced indicators such as improper body positioning and equipment too close together. As a result, Vinnie and StructionSite effectively put more eyes on the site without requiring any additional time from the boots on the ground. 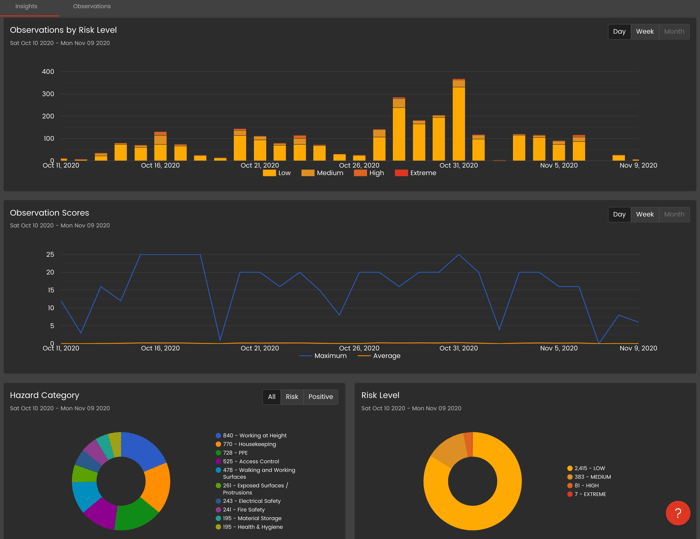 But don’t think that the role of human observers has been supplanted by technology. To the contrary, it’s been enhanced. It’s so simple to make safety observations, that anyone on site can do it, not just safety personnel. Any observer can snap a photo with their smartphone, rate the severity and frequency, and add a few tags. Once that’s done, the images are automatically uploaded to a repository where Vinnie includes them in a report. But it doesn’t stop there. All these observations -- human and AI-generated -- along with other data such as manpower and weather information can be analyzed to predict which sites are most likely to see an accident in the next week, along with recommended actions to lower the risk. It’s essentially the technological equivalent of a magic crystal ball.

Just the tip of the iceberg

But these examples are really just a small fraction of what technology has enabled on a modern jobsite. Weather information can be automatically pulled into schedules and analytics. Geofencing technology can create timesheets the moment workers enter the jobsite. And platforms like Procore can tie all this data together to provide a holistic view of projects’ health from a wide array of perspectives.

Honestly, if someone had laid this vision for a construction site in 2021 to me back in 2006, I don’t know if I would have believed it. And with the current pace of technological advancement continuing to accelerate, I expect the next 15 years to be just as incredible and transformative. Newmetirx and our partners are just getting started.

Want to learn more about using data from reality capture? Sign up for the webinar with Procore/StructionSite.

Josh Kanner has been involved in enterprise-focused software startups since 2000 with a focus in the AEC (architecture, engineering and construction) industry since 2005.

Most recently he was co-founder of Vela Systems, a pioneer in the use of web and tablet workflows for construction and capital projects. There he led the company’s product, marketing, and business development functions. Vela Systems grew from bootstrapped beginnings to include over 50% of the ENR Top Contractors as customers and deployments all over the globe. The company was successfully acquired by Autodesk in 2012 and has been rebranded as BIM 360 Field.

Prior to founding Vela Systems, Josh was responsible for product management and strategy at Emptoris (now part of IBM), a web-based strategic sourcing software company with customers including Motorola, GlaxoSmithKline, Bank of America, and American Express.

Kanner graduated from Brown University and earned an MBA from MIT’s Sloan School of Management. He still gets excited to put on a hard hat and walk a job.